On Sunday, I ventured to the New York Historical Society (venture is a bit of a stretch as it is on Central Park West at 77th) to see the Madeline in New York exhibit. And let me tell you, I just loved this exhibit.

The illustrations by Ludwig Bemelmans are my favorite style–not too formal, but lively and adorable. I didn’t realize Bemelmans wrote and illustrated the books in New York! He worked mostly at a bar near Gramercy Park–sadly it doesn’t exist anymore. 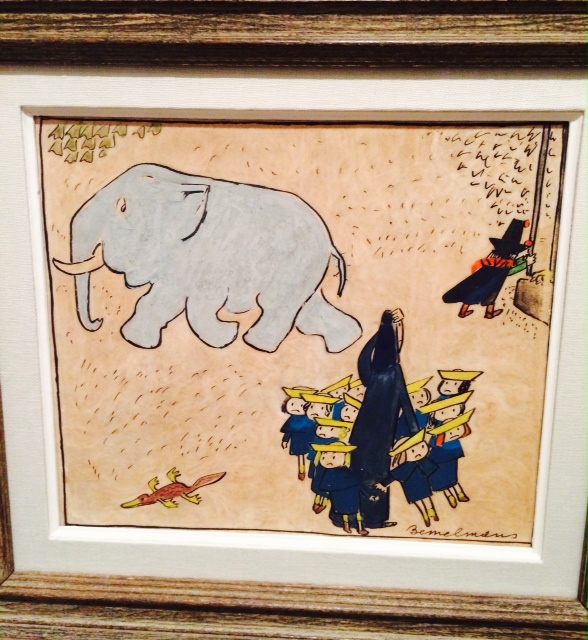 Bemelmans became so popular that he was commissioned to do art for magazines–and even painted the children’s room on Aristotle Onassis’ yacht. Of course. And don’t you just love this fabric?

Oh, and I got busted by the security guard for taking a picture of a lampshade–apparently the exhibit doesn’t allow photographs. Oops–at least I already had enough photos for this blog post!

I also saw Boyhood on Saturday with my friend Jenn at an artsy cinema on the UWS. The film follows a young boy over 12 years of his life–and was filmed over 12 years to highlight the actual development of the character. I enjoyed the movie–nothing really happens–except, you know, life.