Well, it is Monday again. My weekend, lovely as it was, went too quickly. I ran six miles (a full loop of Central Park) on Saturday. The Park is so funny on the weekends–there are always so many people running it practically feels like a race. I always wonder what the tourists think. After my run, I met my friends Robyn and Alison at Parm, a new restaurant on the UWS. I am sure Parm is cool because there is one downtown in Soho–but I liked it because it had cute wallpaper. We had a lovely corner booth and gabbed about work and a high school nemesis in the neighborhood (for once, not mine!). 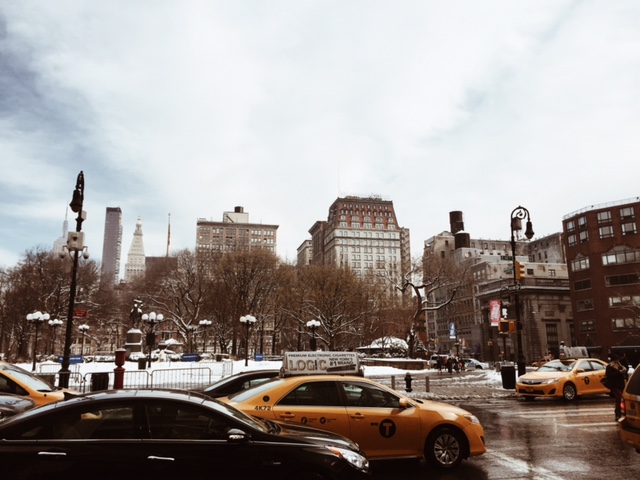 Despite the snow, I ventured to the east side to celebrate my friend Kinga’s birthday on Saturday night. We met at one of those Japanese restaurants with little grills in the table for cooking your own meat. Because our party was so large, we had a special room that required removing our shoes!! I was actually happy because I hate wearing snow boots at the dinner table.

And on Sunday, I went to church and barre class. And I watched the Oscars–which I found so terribly boring I’m not even going to say anything else. I will say, though, that I thought Lara and Robin and Sara did such a good job on the Red Carpet. They were 1000x more interesting and capable than the hosts on E.

One thought on “I’M SO BORED.”